Entertaining Angels on the Red Line 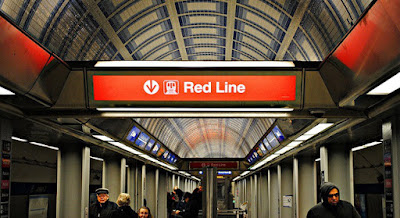 The best thing about commuting in Chicago is that you don’t have to worry about the traffic. You just get on the train, bus, etc. relax until stop. You can unwind and release the work life before you enter into your home life. 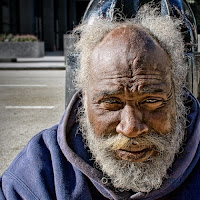 This was exactly my plan one day. I get off work and go to the L station and realized that it was packed. The only seat left was next to a homeless man. Now, I’m no snob, but I didn’t want to sit next to this old man. The homeless can be erratic, and erratic can mean dangerous or at the very least incredibly annoying to someone who just wants to tune out the world. They can also smell awful, enough so that you actually get a headache. Even typing this out I feel like a snob, but I’m the snob-like person you’ll every meet! LOL.

Anyway, because I’m not a snob, I went ahead and sat next to this dirty, unkempt old man and hoped he wouldn’t start yelling and screaming about anything. I prayed that he didn’t smell, because holding your breath for forty minutes is impossible. The first thing that happened when I sat next to this homeless man is that he began leaning toward me. Crowding me in. If anyone knows me, I’m a stickler for personal space. I don’t like being touched in any way unless I’m really comfortable with the person or the situation. 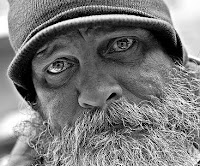 So this old man, who thank stink, is leaning toward me. To say that I gave him my steely eyed “please stop” glare is an understatement. The old man pretended not to understand and didn’t move. I sighed as I realized this was going to be a very long ride home. To keep my mind occupied I opened on my phone and began scrolling through my news feeds. Maybe the old man would get the hint and give me a little privacy, a little personal space. Is that asking for much?

Well, he didn’t. “Is that your child?” he asked, when he saw a picture of . The man in the seat across from me snickered. This man obviously understood that the old, homeless man was annoying the crap out of me. “No,” I said. “That’s my granddaughter.” 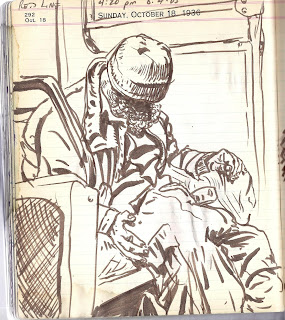 I laughed. He broke the ice. I decided what could it hurt if the old man looked at my pictures? So for forty minutes the old man looked at my pictures with me, commenting here and there. Talking to me as if he knew me, as if he were a family member of mine and then a verse came to me. “Do not forget to show hospitality to strangers, for by so doing some people have shown hospitality to angels without knowing it.” (Hebrews 13:2).

A part of me was completely ashamed. I had judged this man like everyone else on the train. All he wanted was a little conversation. A little contact with another human being. That was it, that was his desire. But there was another part of me that was so very glad that I had overcome my own desire (for rest and relaxation) to give this old man a part of myself. I could have easily forgotten what my Father has taught me about his people, about His ways, but at the very last moment I listened and in listening I really do think I had entertained an angel. I hope that this old man continues to find other busy people and make them stop for a moment to realize that we are all family.

Posted by MARISSA PEDROZA at 11:03 AM No comments: